Standard Business Reporting: what is it and how can you benefit? 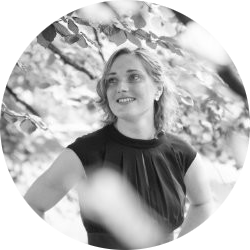 According to a 2018 IFAC poll, differences in financial regulation cost businesses $780 billion  a year. The study, which was carried out among 250 executives in the financial services sector, showed that these institutions spend up to “10% of their annual revenue dealing with a patchwork of divergent regulations.”

This regulatory divergence poses great challenges from a risk management and financial perspective, compelling banking institutions to call for greater harmonization and data standardization. Countries like the Netherlands and Australia have been among the fastest and most successful in answering this call, with the adoption programs for Standard Business Reporting.

Standard Business Reporting (SBR) is about electronically exchanging and processing information between reporting and requesting parties in a standard way. The Netherlands’ SBR program has its roots in 2002, when the government launched a project to reduce administrative burdens for the country’s businesses. Instead of starting purely from the needs of regulatory bodies, SBR puts the needs of businesses at the center when managing business-to-government reporting obligations. SBR has since become the Dutch national standard for the digital exchange of business reports.

By 2017, all Dutch schools were reporting their annual financial statements using SBR. The approach has also been adopted by 3 of the country’s largest banks and as of that same year, all small businesses started filing their annual reports to the country’s chamber of commerce using SBR. The program has been such a resounding success that The European Institute of Public Administration named SBR a “best practice” for two consecutive years. 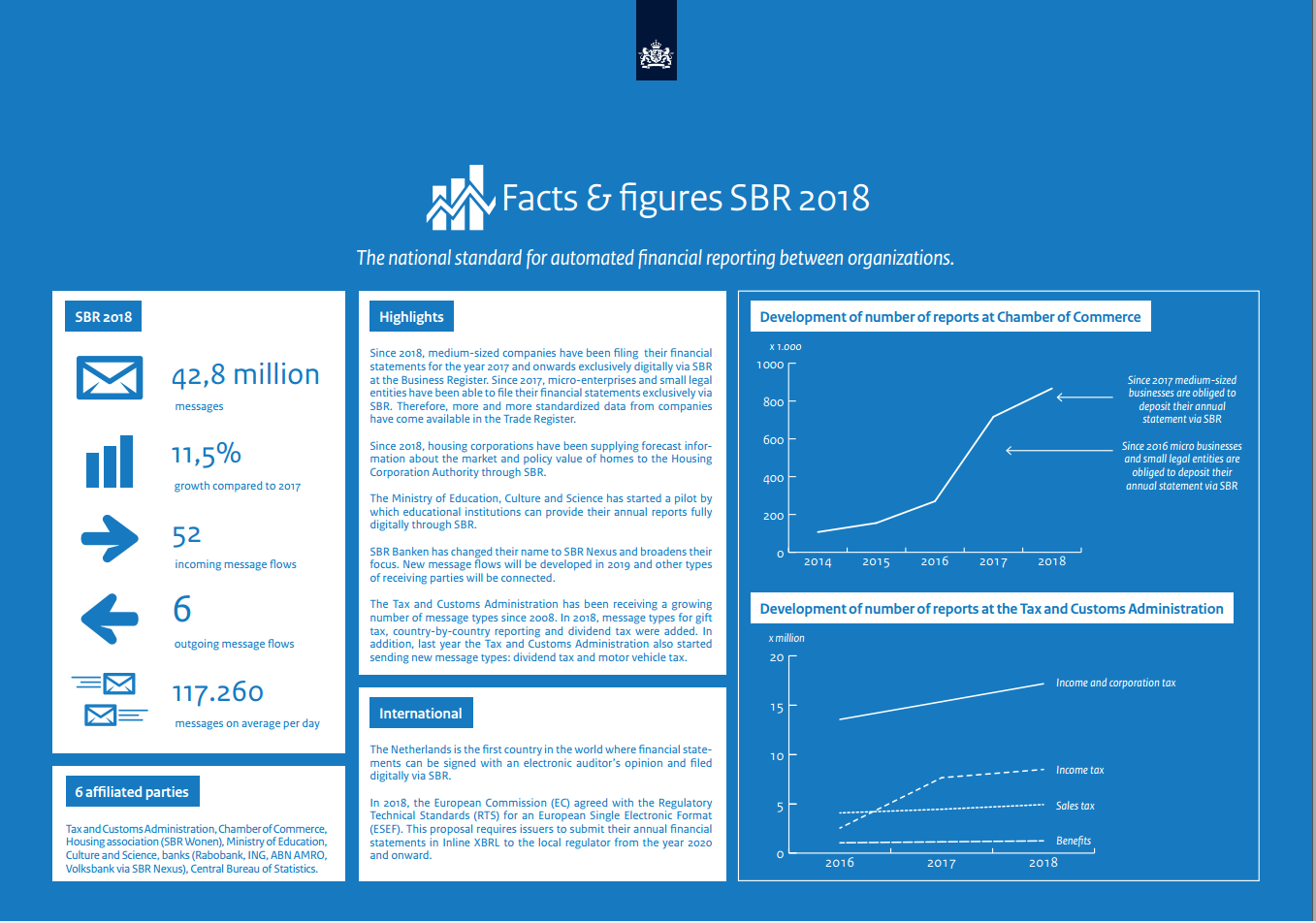 What exactly does SBR standardize?

In simple terms, SBR standardizes reporting information and the way it is transferred. To be precise, it standardizes data definitions, the structure of the digital report, the hierarchical relationship of the data, the process through which data is transferred, and the technology used for the transfer. SBR relies on a number of open standards, the XBRL taxonomy being the most prominent one. This standard enables you to specify data definitions, which then can be used to label reporting information and give it a common and specific meaning - such that all parties in the reporting chain know what each label stands for. The taxonomy also specifies the relationships between data and metadata.

Needless to say, it takes a reliable and secure portal and system-to-system interface to process all of this data. In the Netherlands, SBR messages go through a single government infrastructure called Digipoort.

Digipoort: the engine behind SBR in the Netherlands

Digipoort is the Dutch government’s generic digital infrastructure for SBR messaging traffic. It provides a safe and reliable connection for various reporting obligations, and enables message exchange between organisations and local authorities. Digipoort is continuously improved and maintained through a public-private partnership. The infrastructure was co-designed and developed by Visma Connect and is maintained and hosted by Visma Connect in cooperation with the Dutch government.

Visma Connect helped the Dutch government map the entire reporting chain, looking at all the stakeholders, the information that needs to be submitted and where it has to go, the type of business rules that govern reporting messages and how they should be validated. Unlike XBRL vendors, who simply validate messages against a taxonomy, Visma Connect also checks that users on every end of the reporting chain have the proper authorization to submit reports, drawing on technical and legal requirements. This integrated approach to reporting chains makes Visma Connect an ideal partner.

Visma Connect is also an authorized service provider for companies that want to link up their financial reporting software with Digipoort and provides its own taxonomy-driven portal for companies that want to create reports that are compliant with the government’s SBR program. Currently, Digipoort is used to submit reports to requesting parties likethe (tax) authorities, insurance institutes and chambers of commerce, among others. In 2018, the digital infrastructure processed 760,000 business-to-government annual fiscal reports and 39 million messages in annual tax declarations and returns. This same approach to SBR is also being used for other information chains in the Netherlands. Visma Connect has managed 120 million messages for the Customs, Border security, Health & Safety authority using the same methodology and components of SBR.

Benefits achieved through the Dutch program

For the businesses and institutions who have adopted SBR, it’s almost hard to imagine what the reporting chain looked like before its introduction. The public sector, for one, benefits from having a proven, secure technology that verifies the data they intake as valid. Having a single infrastructure for the government also makes it easier for regulators to request access and share expenses with other government entities. They can count on Digipoort’s authentication and authorization features, and on its reliability - not a single message has been lost since it’s been in operation.

The benefits are even more compelling for the commercial sector. Businesses who report to government authorities through Digipoort save time and costs. Long gone are the days of reporting with individual spreadsheets, which resulted in inconsistencies and version control issues. While in the past, stakeholders would struggle with incompatible data sources and applications and diverging data concepts and definitions, today they benefit from a standardized data framework and a single channel to file reports. Data quality is also higher and consistency is guaranteed.

What is the state of SBR elsewhere?

The success of the Dutch model has prompted other countries to follow suit in the adoption of SBR. In the EU, the 2017 Tallinn Declaration on eGovernment called on the European Commission to further explore the possibilities of SBR. At the moment, Poland, Slovenia and Sweden are introducing SBR. Denmark is starting with a standardized reporting solution, and Germany already has a single (private) gateway for reporting.

Outside the European Union, Canada, Australia, the United States, New Zealand and Singapore are leading in adoption. Every country implements SBR in its own way, but following many of the same principles. And it’s not just being applied for business-to-government reporting.

SBR has valuable applications between businesses too

SBR can also be used by businesses to report to other commercial partners. In the Netherlands, SBR is currently being used to process up to 700,000 business-to-business messages for procurement and digital invoicing. One of the largest Dutch banks is currently working with Visma Connect to bring the standard reporting framework to its international branches. In this case, SBR will not only help the institution harmonize reports from customers, it also helps to validate important information. For instance, banks can leverage SBR to assess properties used as collateral for loans. Having a standard approach to report on the property’s value and a process to verify the identity of the person submitting the valuation is incredibly useful. It minimizes risks and streamlines administrative processes.

Ready to get started with SBR?

Are you interested in how SBR, or one of its multiple components can work for you? Visma Connect is the foremost supplier of tools, taxonomies and expertise for information and data exchange. We have a proven track record in the implementation of SBR and led an award-winning implementation of the approach in the Netherlands.

Our approach starts with a quick scan, where we assess:

It is also possible to implement one or more SBR components. You may not need a complete, generic digital IT infrastructure for SBR messaging but may be interested in a taxonomy or trusted and secure messaging traffic.

Contact us to learn more about our quick scan and the benefits of SBR. 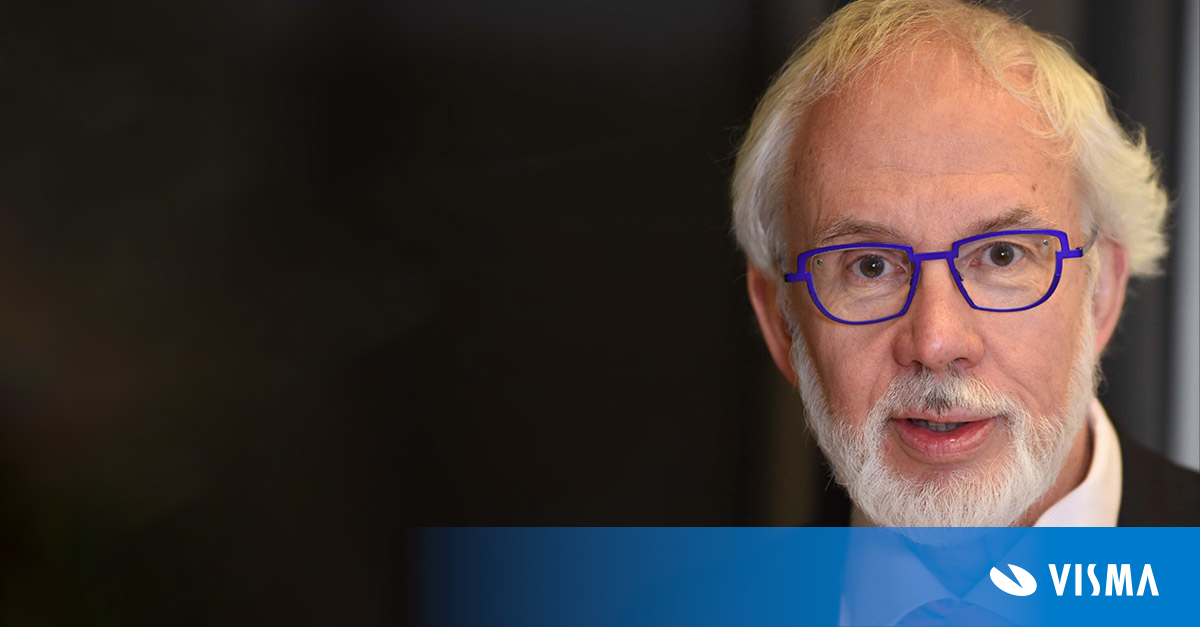 The need for standards in non-financial reporting: an interview with Robert Eccles 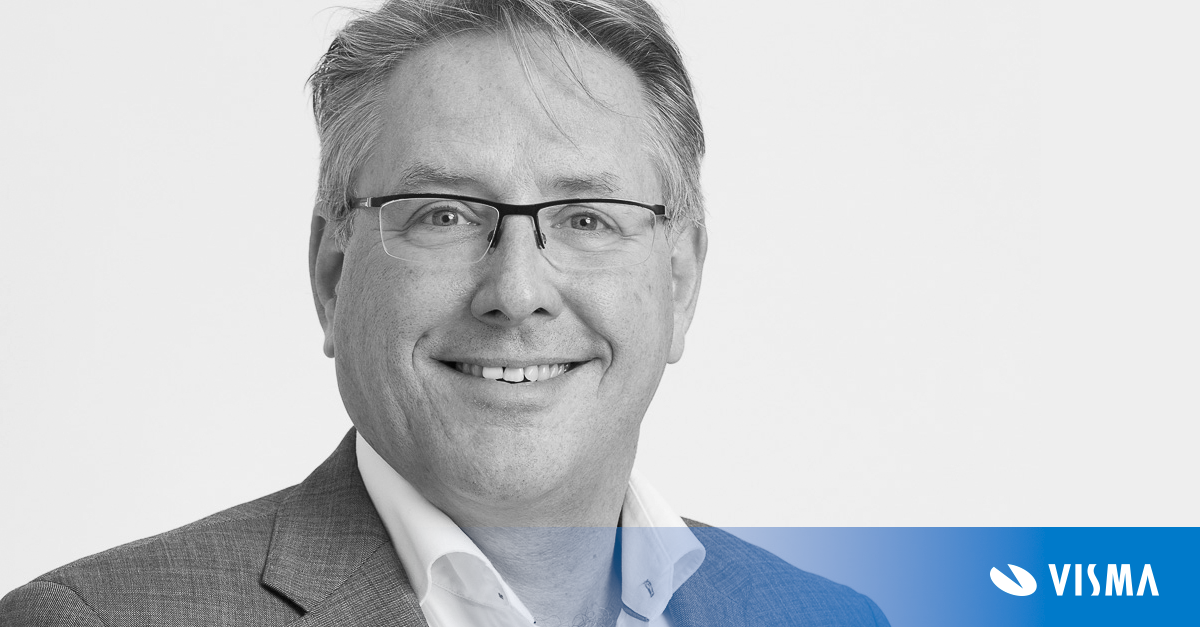 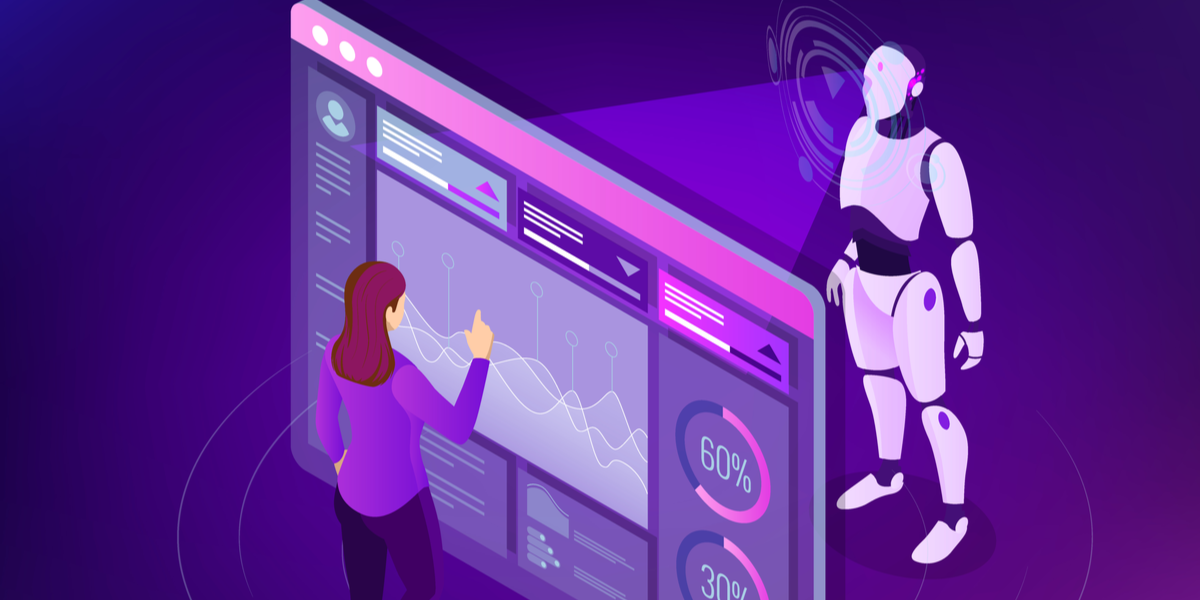 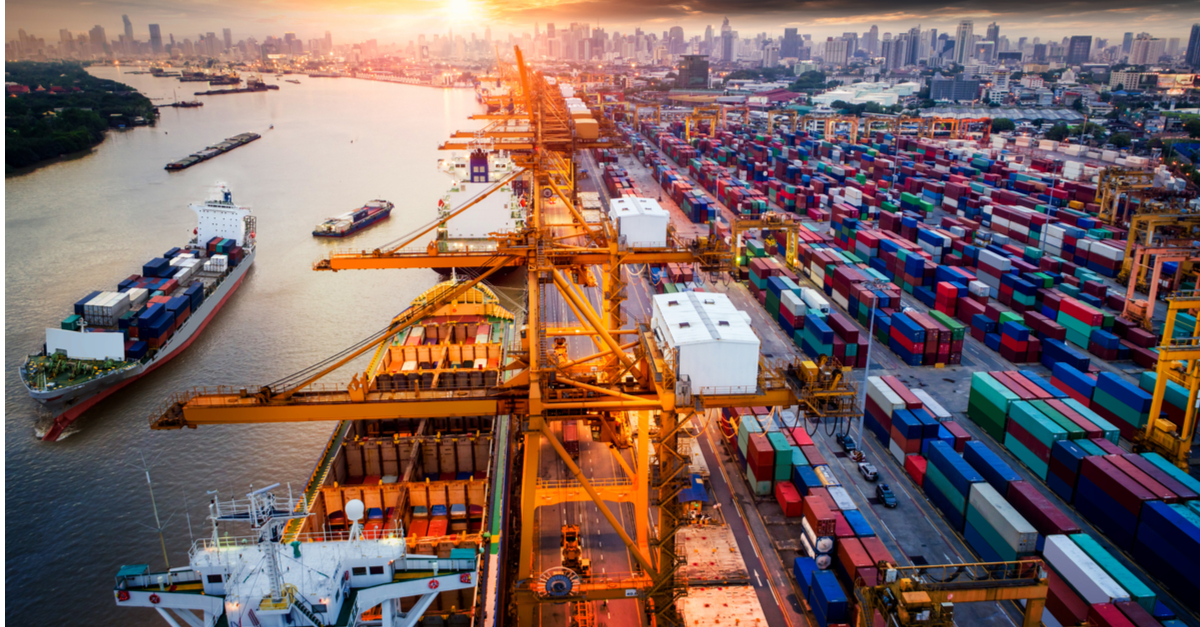 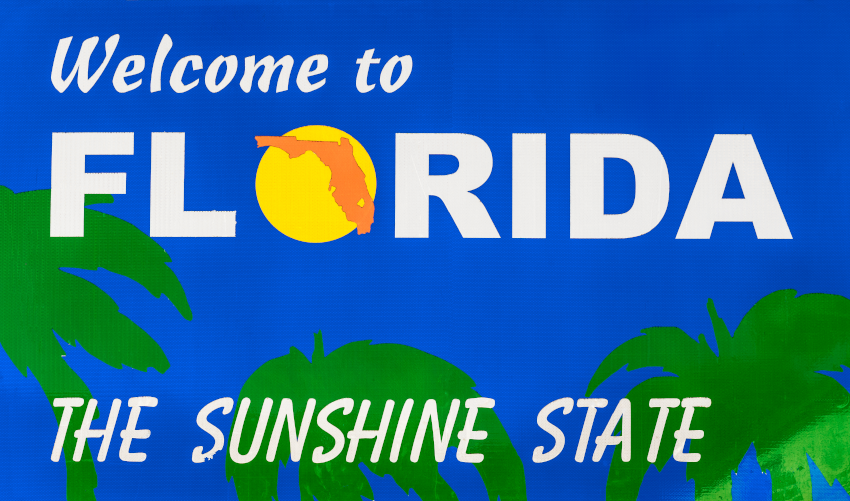