Reinier van den Berg: The Latest IPCC Report Shows US The Time to Act is Now 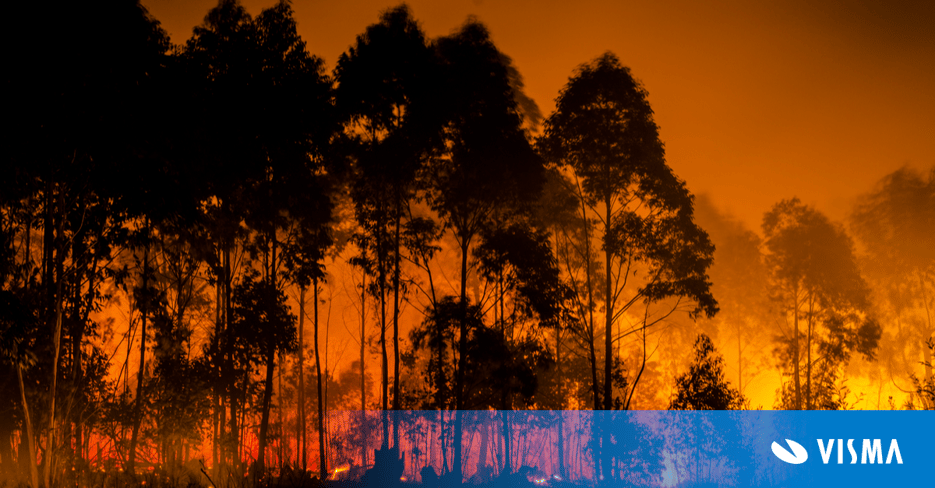 As we write up this article, the Dixie Fire is raging in California. The situation is so grave that it’s generating fire tornadoes and enhanced lighting. Even bigger fires rage in areas of Siberia. Meanwhile in Spain, we’re seeing temperatures soar well into 40 degrees celsius, and Sicily has topped European records with nearly 49 degrees celsius recorded.

It’s been said that you cannot attribute isolated weather events to climate change, but you can attribute patterns. Today, the pattern is obvious and the latest IPCC (Intergovernmental Panel on Climate Change) report has issued its “starkest warning” on climate change yet. We spoke with Dutch Meteorologist Reinier van den Berg to get his biggest takeaways from the report.

Reinier, if you look at the headlines, many people appear to be shocked by the IPCC’s latest findings. What was your first thought after reading the report?

For me, it did not come as a surprise. I’ve known about the speed of global warming for a long time. It’s happening, and it’s happening fast. We’re seeing extreme weather events all over the world. Just recently, we witnessed big floods in Belgium, Germany, the Netherlands, and parts of Italy and Turkey. Canada had an unprecedented heatwave, reaching 50 degrees celsius. The list goes on. Although it didn’t surprise me, I hope it does shock policy makers and industry leaders, as well as people who think we still have time to act. The fact is, we don’t, and the measures we are taking now are too little, too late.

What would you say to government leaders?

For me, it’s frustrating to see that some political leaders still think that climate change is not as dangerous. It’s equally frustrating to see that people who are skeptical about climate change get too much podium in the media. This means we are still in discussion mode, while our governments have to take serious measures fast. The European Green Deal looks quite serious, but I hope it’s rolled out very soon. Climate change will not wait. In fact, it will intensify. We know it will give rise to positive feedback loops. For example, forest fires in Siberia will cause permafrost to melt. This will release methane, a very strong greenhouse gas, into the atmosphere.

It is, as I always say in my presentations, 5 minutes past 12. The new IPCC report reminds us about that. We can react now and try to reach 0 emissions by 2050. The best case scenario then is for us to have a 1.5-2 degree temperature rise at the end of the century - and that’s still pretty serious and in fact, too much.

I’m glad you mentioned the European Green Deal. It puts an ambitious goal to reach net zero by 2050. The Chinese government has also set a goal: net zero by 2060. I think this will create pressure for other economies to act, do you agree?

Yes, these initiatives could result in a complete transformation of how we do business globally. But 2050 is only 29 years away. The challenges ahead are momentous and they affect almost every industry. Think of aviation, for instance. Is there a pathway for this sector to reach 0 emissions within 29 years? It will be difficult, but we have to do everything we can to reach this. Why? Because even then, we don’t have a guarantee that temperature rise will stay below 1.5 degrees. The global temperature has already increased by 1.1 degree. That’s a very small margin to reach 1.5. So, we should not only achieve net zero, but take greenhouse gases out of the atmosphere by 2050 as well. We need to invest in large-scale reforestation projects and technology to use CO2 as a resource.

If we go back to the IPCC report, what would you say are the most important points?

In the past, the IPCC said it was “very likely” that the fast warming of the earth was caused by human emissions. Today, we know for sure that we are the cause. This was made very clear in the report for the first time. Human activity is causing it.

But perhaps the most important takeaway is that we need to start transforming our economy and society. One of the most interesting ideas I have heard is for people to have a carbon budget. If you have a carbon budget and you are a frequent flyer, for instance, you will think twice about taking a flight instead of a train. This could be a solution to make more people aware of how serious this is. It’s an idea many organizations are currently discussing.

It’s also worth noting the projections of temperature rise for the rest of the century. If we do not achieve net zero by 2050, there is a risk that temperature rise will accelerate and reach 3 to 5.7 degrees above the pre-industrial baseline by 2100. This is unimaginable for us right now. We know that land areas warm faster than oceans and seas. So a warming of 3 degrees for the whole planet will warm continental areas by as much as 4.5 degrees. The result of this would be catastrophic.

Maybe it’s good to explain that a 1 degree increase might mean a 1 meter sea level rise in the Netherlands, for example, and going from 40 to 50 degrees in other parts of the world.

Yes, climate change can manifest itself in totally different ways. That’s what makes it particularly dangerous. We’ve seen heatwaves, floods and fires becoming more numerous and more intense. In the Netherlands, we saw 40-41 degree weather in the summer of 2019. That’s well above anything we’ve seen before. This is weird and dangerous.

We’ve also seen research that the warm conveyor belt in the ocean could slow down or stop. This doesn’t mean that a new ice age will start, but it could mean that winter or summer temperatures will become lower in parts of Europe. We still don’t know how it will affect us.

Similarly, there is a lot of research on how big ice sheets react to global warming, but there are also open questions. If we are lucky, the sea level will only rise by 0.5 meters, which is already a lot. But if the ice sheets behave differently than we expect, it could be more. We are playing with fire if we do not act now. If you didn't think to act before, the latest IPCC report should be a clear call to action.

Earlier we spoke with Reinier about climate change, plastic pollution and sustainable agriculture.  You can also watch the webinar we did to celebrate Earth day (in Dutch). 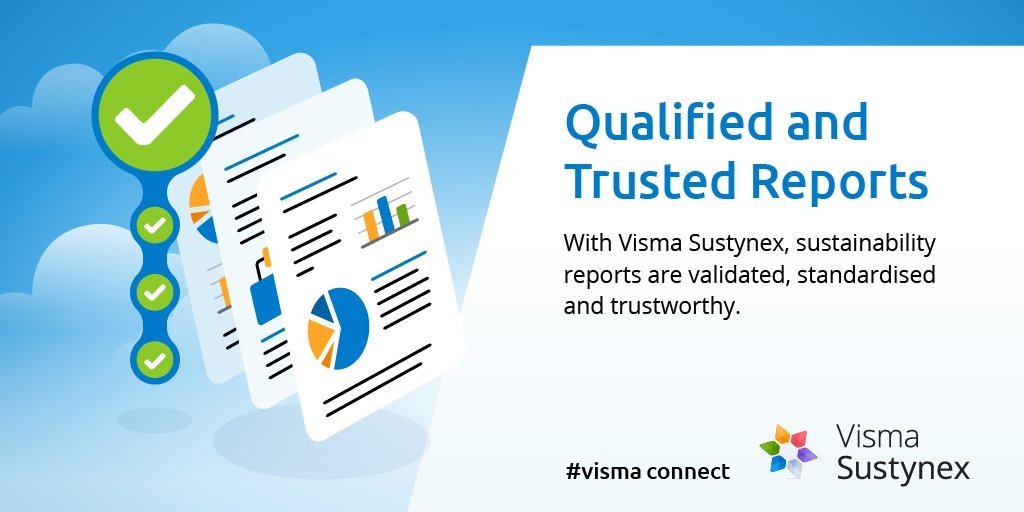 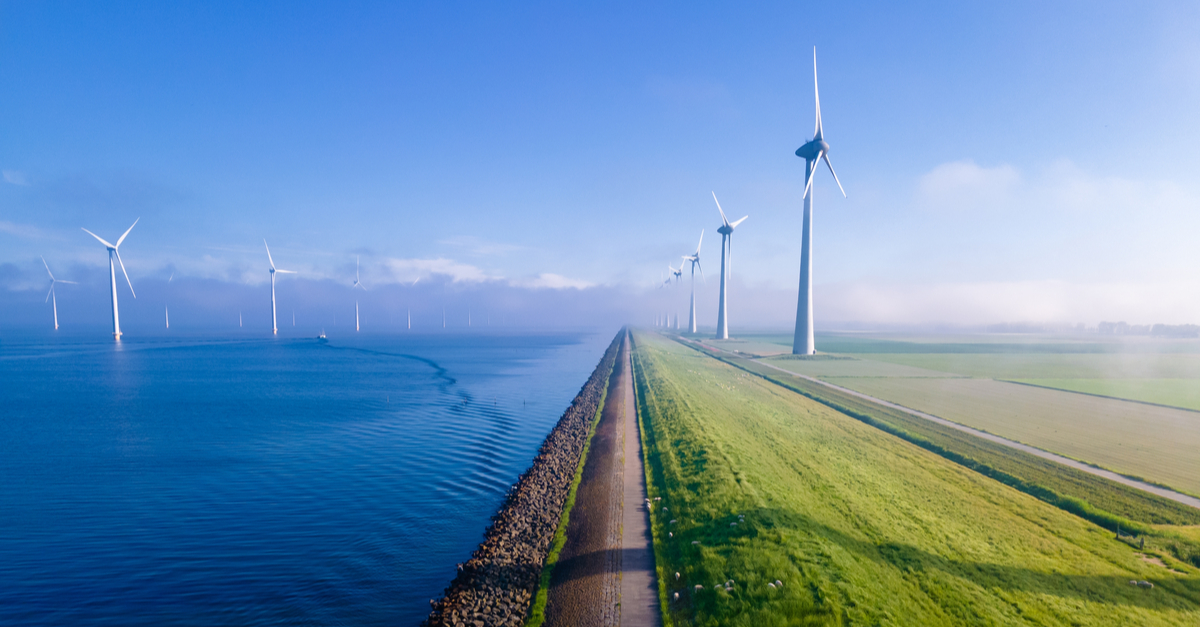 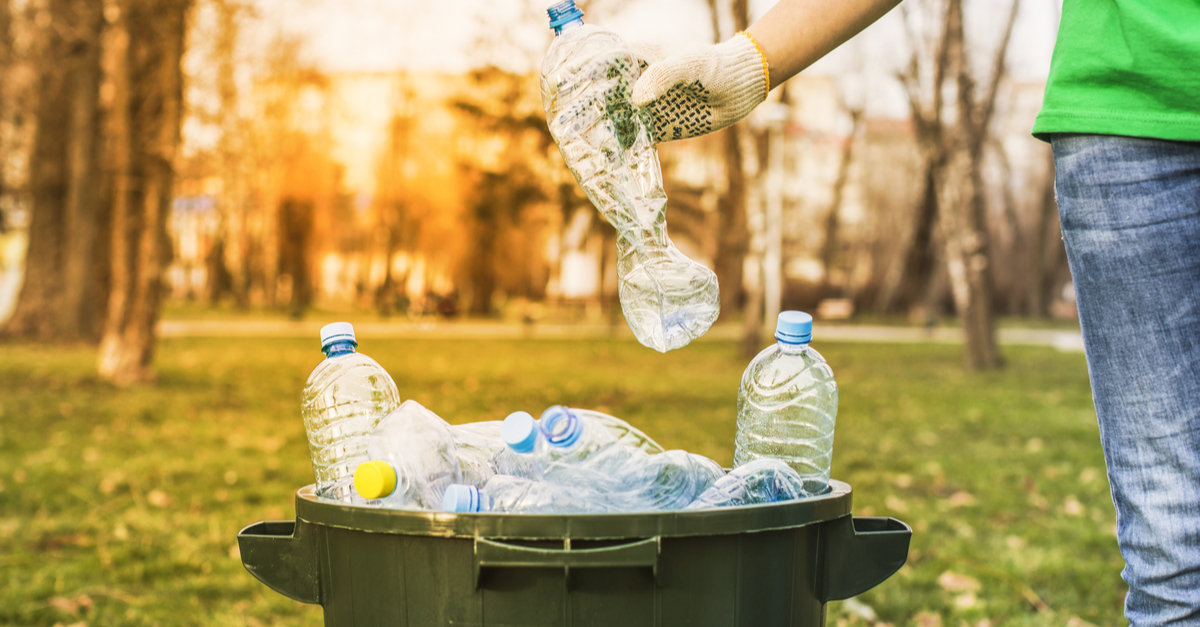 Rethinking finance for the circular economy... 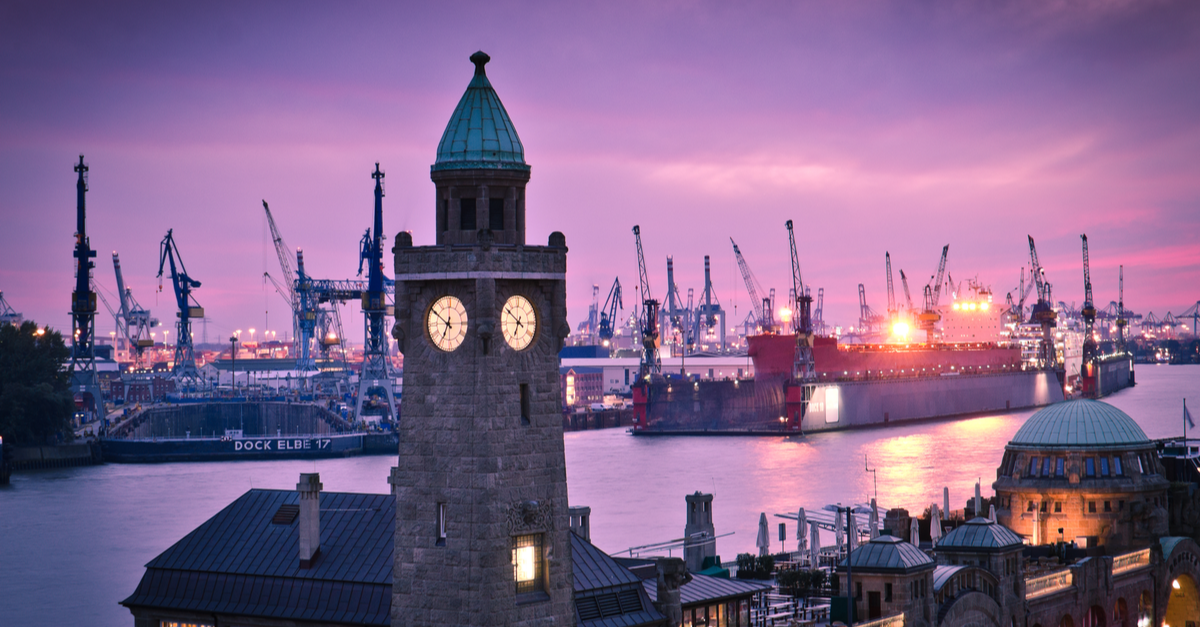 Supply Chain Sustainability is a Matter of Persistence 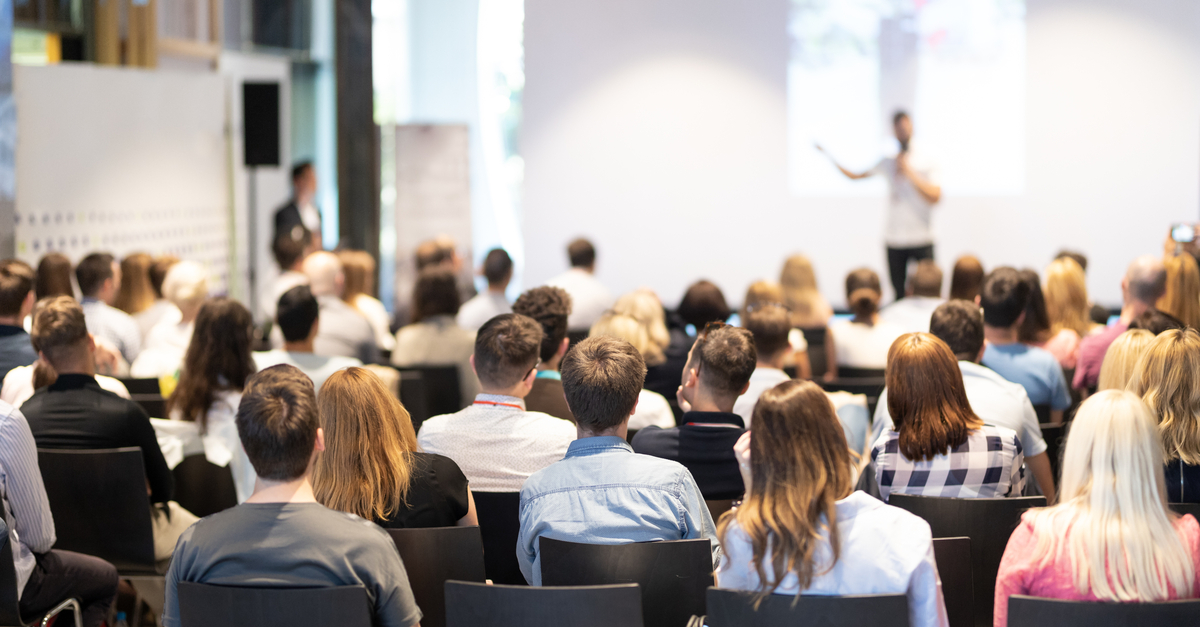 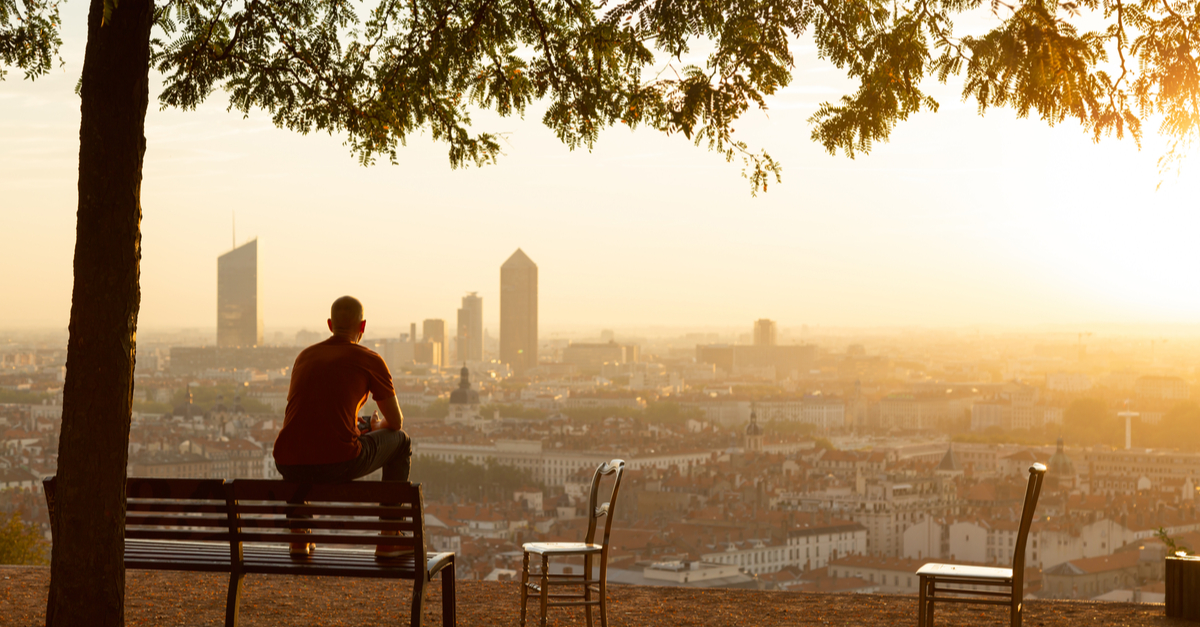 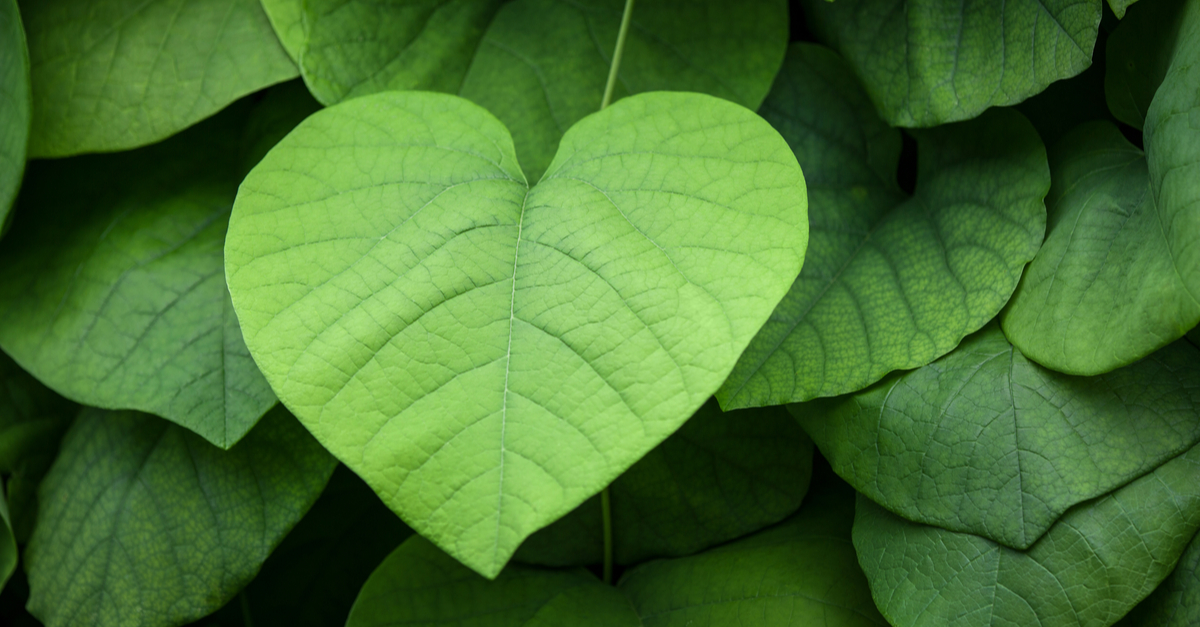 The day after Valentine's